WHAT A PERSONAL LOSS? OBITUARY OF A CLOSE FRIEND WHICH WAS DIFFICULT TO WRITE-m.khaskhabar.com
×

WHAT A PERSONAL LOSS? OBITUARY OF A CLOSE FRIEND WHICH WAS DIFFICULT TO WRITE - KS Tomar 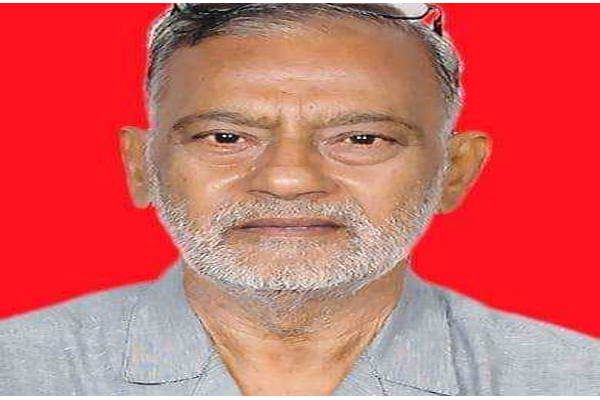 Krishan Bhanuji's personal post gave me one of the rudest shocks of my life as it pertained to the sudden demise of one of my closest friends, better call him like a brother,who left us for Heavenly Abode in the morning,.
It was difficult to believe as I have been regularly talking to him and he would always respond in most emotional manner.
It is extremely challenging to write an Obituary of a person who has been part and parcel of your life which was true to me as Narender fully qualified for this category He is survived by a son,woking in HDFC bank and a daughter.Shimla was his first destination in late eighties after he got married and our families had a lot of enjoyable and memorable moments together which will remain the fantasies now.

While traveling in the Memory Lane and refreshing my Reminiscences , the picture rolled down on my mind screen and eyes to the first day of my joining as Hindustan Times correspondent at Amritsar in Nov,1983.I knew none in the city which was predominant center of terrorism as Jarnail Singh Bhanrawale ruled the roost and state government hardly existed.I was pleasantly surprised when Narender Sharma dropped at my residence and it took five minutes to make me realise that there is no need of getting scared .Let me tell everyone that no journalist dared to accept Amritsar posting as there was real danger of getting eliminated if someone's write up angered the extremists.I still feel horrified when I ponder over my mindset of accepting dangerous posting at Amritsar.But I used to derive solace and confidence during my posting as Narender was always at my beck and call like a member of family.
As a journalist while writing for Vir Pratap, Narender was known as a dare devil who ignored threats of extremists which used to shake my confidence.He had a bullet motorbike and we used to visit Golden temple everyday.My transportation problem was solved by him as both os us enjoyed each other's company and I remained dependent upon him during my entire tenure .One of the terrible incidents will reflect how daring he was ?Saghu,another courageous journalist and Narender were threatened by some extremists groups with a stern warning to behave but they ignored it.Then ,terrorists hatched a conspiracy to trap them and asked Saghu in a friendly manner that both should meet them near Khalsa college after 9 PM to sort out the differences. As per his nature of being Introvert,Narender took it lightly as he did not share it with any of us and both friends reached the spot which was the biggest blunder of their life Terrorists were having their faces covered and asked them" TUSI SAGHU AUR NARENDER SHARMA HAIGE?"(ARE YOU SAGHU AND NARENDER SHARMA?).They said"YES".Next moment,one of them fired shots from his pistol at Saghu from a close range hence he died on the spot. Another terrorist fired at Narender and bullet hit in the right arm hence he fell down At this juncture,death was about to spell doom in seconds hence Narender stopped inhaling as he had been practising Yoga.The terrorists hit him hard with their boots to ensure that he is dead but they could see nothing as it was dark.They were brief when their leader asked the shooter whether "Iska Kaam Tamam Ho Gaya Kyaa (whether he is dead?The reply was "HAAN "(YES).Then the leader said "Hoon Goli Barbaad Nahain Karni Haigee.Chalo Jaldi."(Now we should not waste a bullet hence let us lmmediately leave).Narender was listening every word but retained his composure while holding the breath to standstill and took his bike after lying down for about twenty five minutes .Straightway,he came to my residence to narrate this most horrifying incident and we took him to Dr Chawla clinic who treated him.Narender gave credit to Almighty God and said"nothing will happen to anyone till his or her allocated years,months,minutes and second are over which came as a prediction to him at 3 AM today. He wrote several posts on Facebook about Operation Blue Star and gave micro details besides properly emphasizing on our everlasting relationships and years of togetherness on motorbike.
May Almighty God give strength to his family to bear this unimaginable loss as he was just running in late sixties.May his soul rest in peace.
End of last Memoirs.