The Maharaja of Jodhpurs Guns -m.khaskhabar.com
× 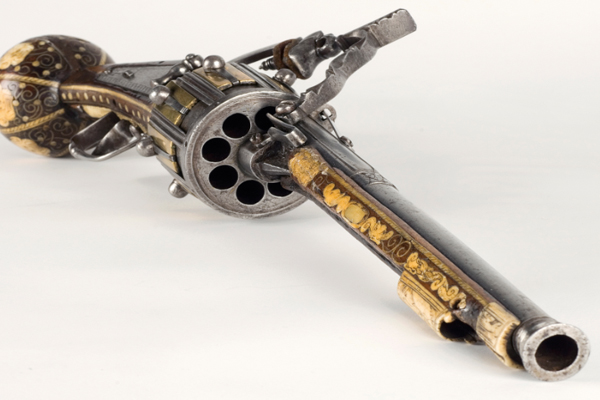 In 1972 H.H. Maharaja Gaj Singhji of Jodhpur-Marwar transformed the Rathore’s magnificent Mehrangarh Fort into a highly successful Rajput museum and cultural centre. As part of this work, the Mehrangarh Museum Trust commissioned this book. The author discusses the worldwide medieval diffusion of firearms technology and Arab, Ottoman, European and Chinese influences on the development of Indian firearms. Jodhpur was one of the most important military states in Rajasthan, playing a major role in the history of the subcontinent, never more so than during the reign of Maharaja Ajit Singhji (1678–1724) who purchased large numbers of guns when his daughter married the Mughal emperor. Jodhpur owns the best Indian matchlocks in the subcontinent, much admired at the Delhi Durbar in 1911. Successive maharajas have added to the collection, which includes modern British and American sporting guns, shotguns, revolvers and automatic pistols by many of the great makers of the twentieth century, collected by the Maharaja’s grandfather, a noted hunter, and his father, a gun designer. The Maharaja of Jodhpur’s Guns is the first book to be written specifically on historic Indian firearms. With more than 350 unique images of guns and Rajput paintings from private collections showing their use, this book offers scholars and collectors the opportunity to see the superb Jodhpur collection and to learn about Rajput traditions relating to hunting and war.